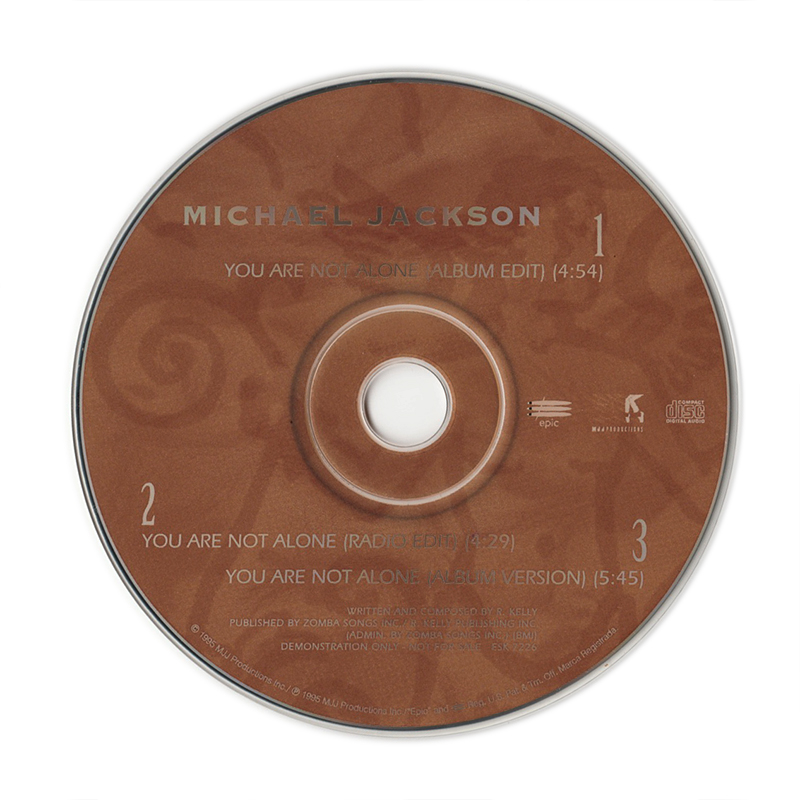 You Are Not Alone (US CD single) - PROMO