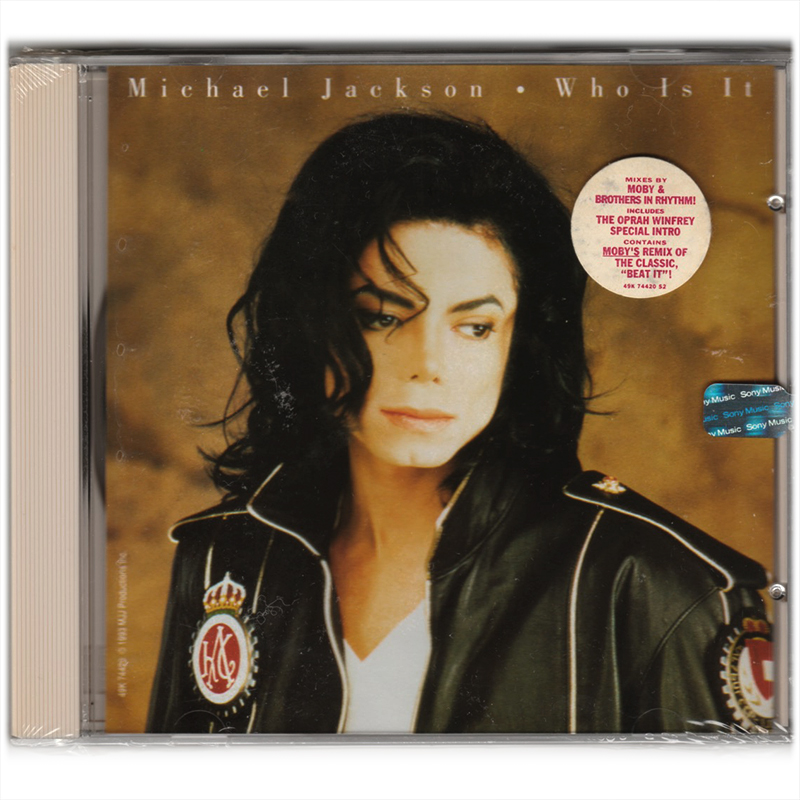 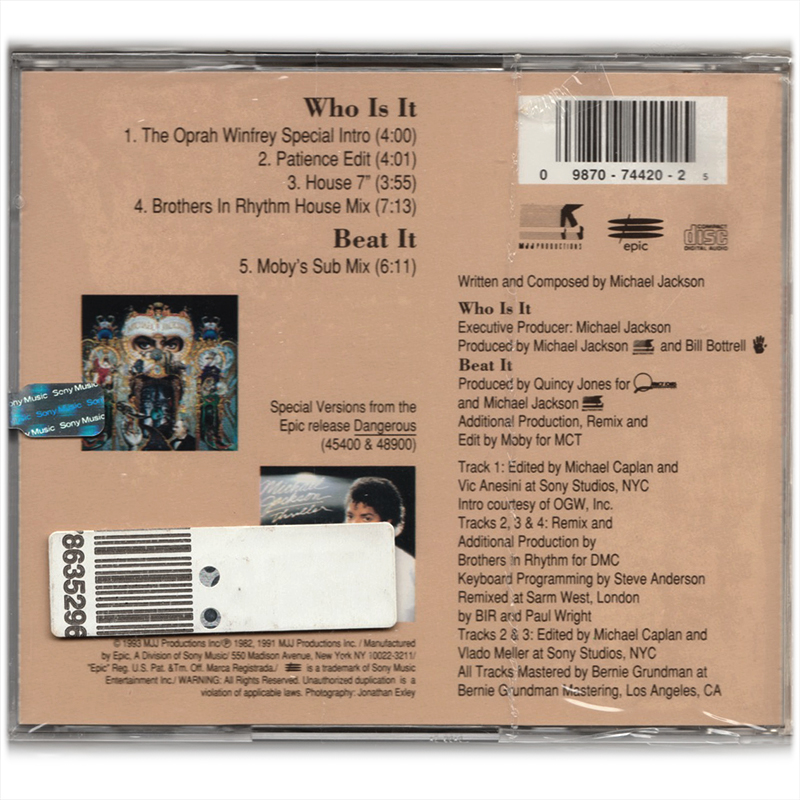 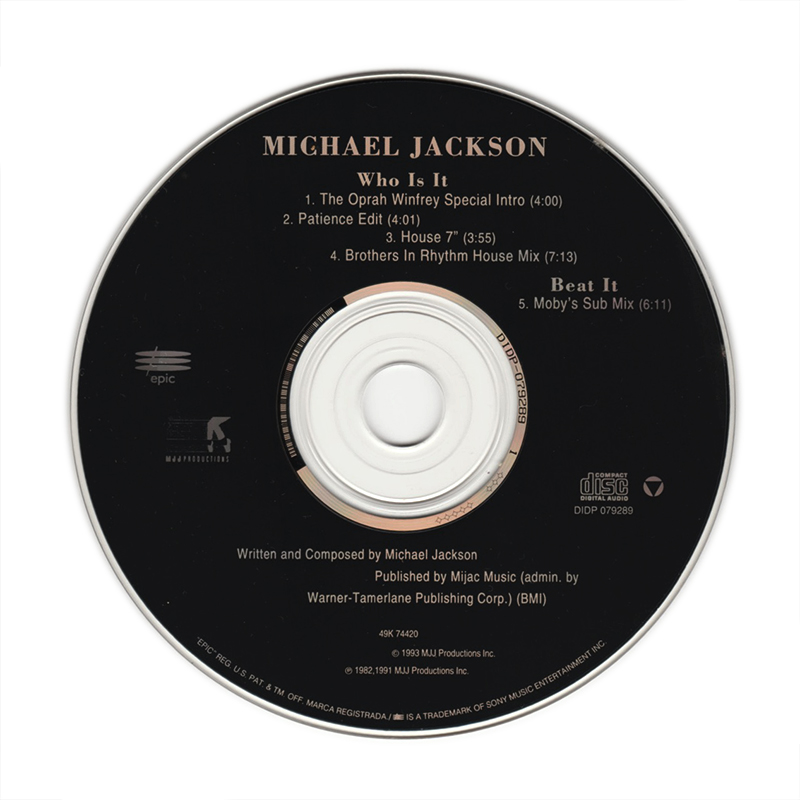 Who Is It (US CD single)

"Who Is It" was released by Epic Records on August 31, 1992 in the UK, and March 29, 1993 in the US, as the fifth single from Jackson's eighth studio album, Dangerous (1991). The song was written and composed by Jackson, and produced by Jackson and Bill Bottrell. The song's lyrics pertain to despair over being left by someone you love; some critics noted a comparison to the lyrics of the song to Jackson's single, "Billie Jean", from the album Thriller. As part of the promotion for the song, two music videos were released in 1992. The song was not performed by Jackson on any of his world concert tours. He did, however, perform a small segment of the song in his interview with Oprah Winfrey in early 1993.