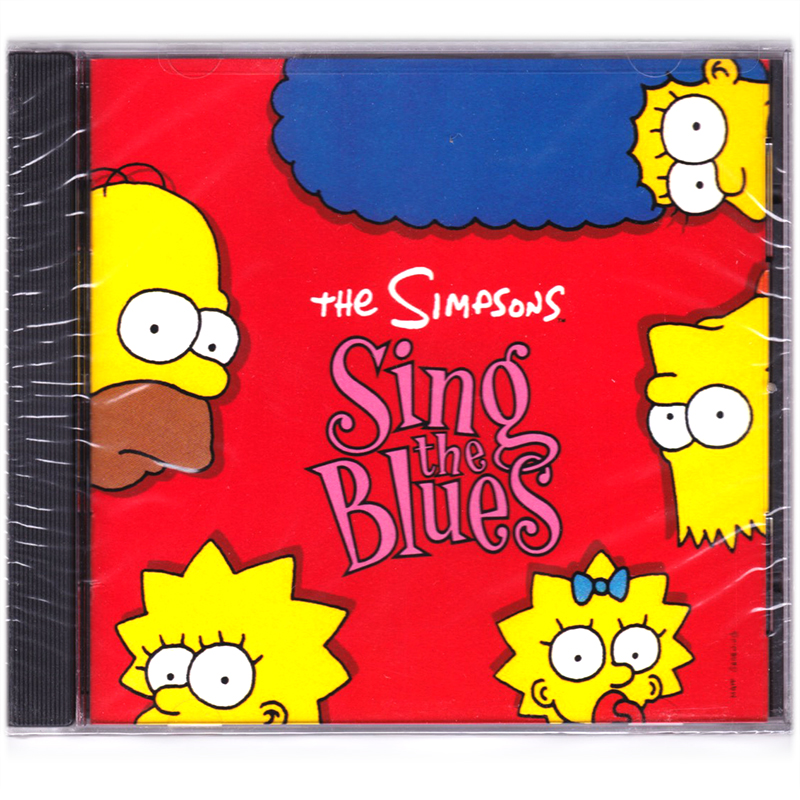 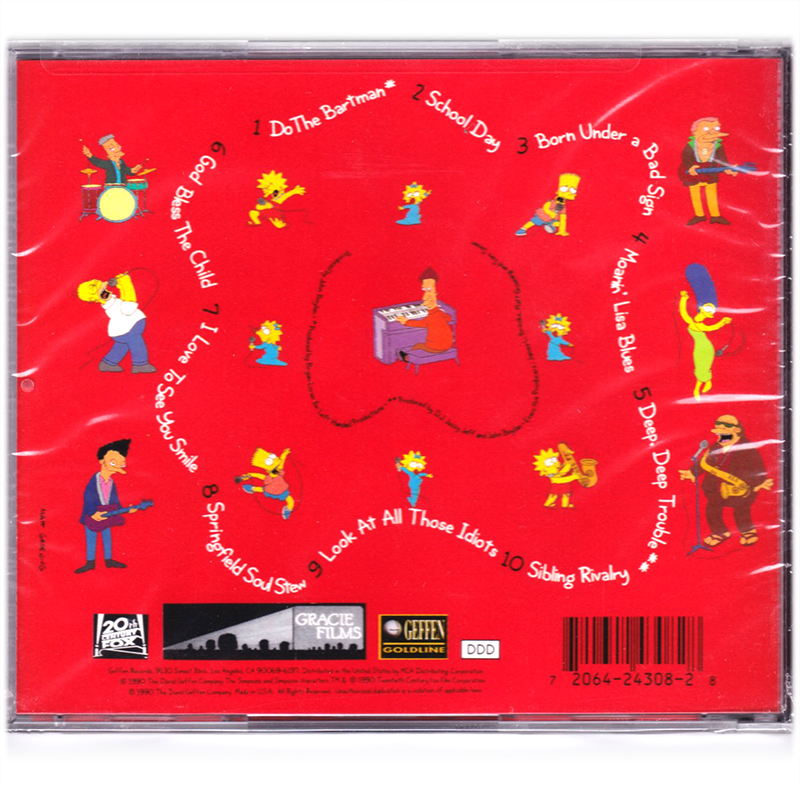 The Simpsons - Sing The Blues (US CD album)

"The Simpsons Sing the Blues" is the first album released as an offshoot of The Simpsons. The album contains originally recorded music not featured in the series save for the first verse of the track "Moaning Lisa Blues" which was first featured in the episode "Moaning Lisa", which aired in the United States on February 11, 1990. The album was released on December 4, 1990, and peaked at No. 3 on the Billboard 200. An early musical number, "Do the Bartman", leads the album as the first track and the first single released. It was an international success, including being the United Kingdom number one single on February 16, 1991, staying there for a further two weeks being certified gold after selling over 400,000 copies. The second single released, "Deep, Deep Trouble" also did well in the UK, reaching number 7. Both "Do the Bartman" and "Deep, Deep Trouble" were released as music videos in 1991. Different cast members lent their voices to the album with both new material and cover songs.