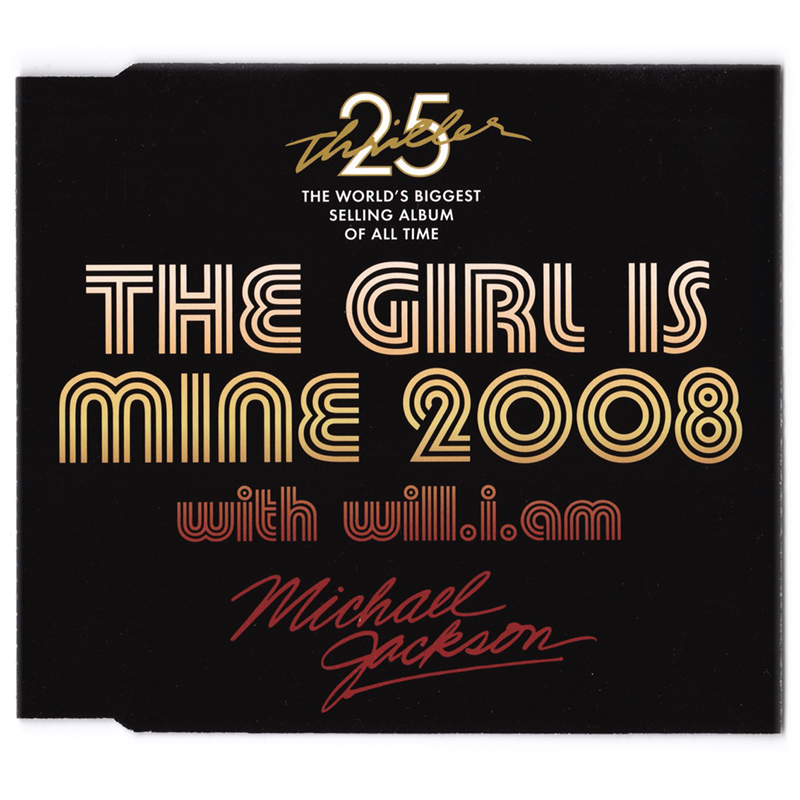 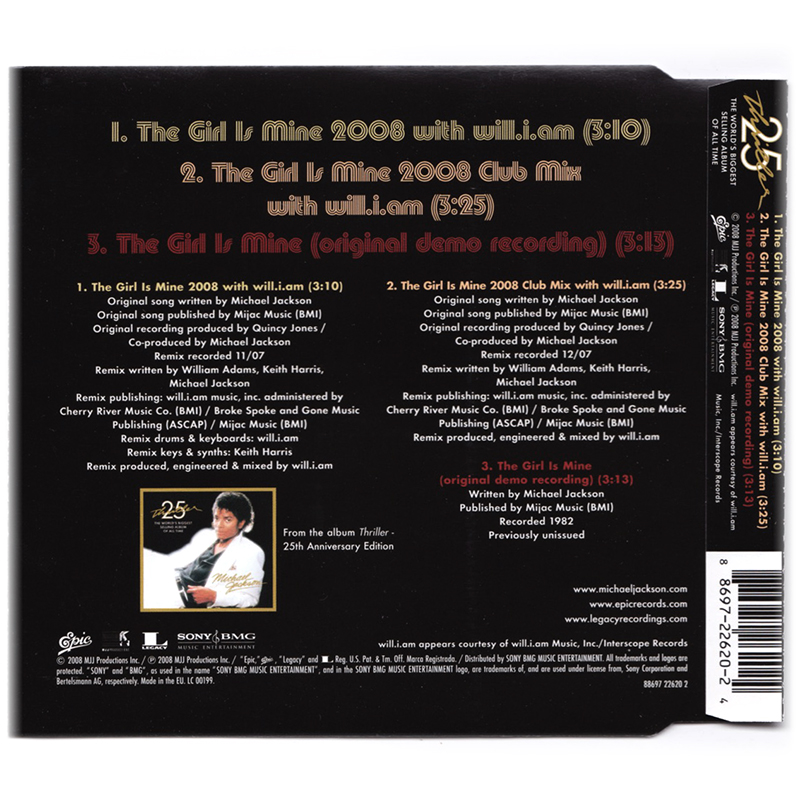 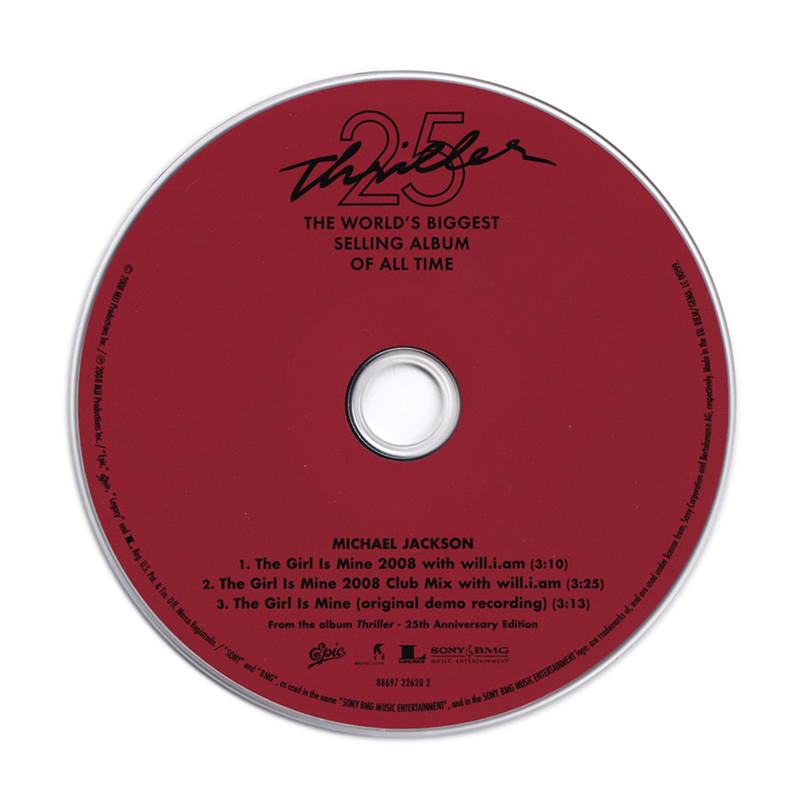 The Girl Is Mine (UK/Euro CD single)

"The Girl Is Mine" was written by Michael Jackson and produced by Jackson and Quincy Jones. It was released as the first single for Jackson's sixth solo album, Thriller (1982). The song was recorded at Westlake Studios, Los Angeles, from April 14 to 16, 1982. The single peaked at number two on the Billboard Hot 100 and number eight in the UK. By 1985, it had sold 1.3 million copies, and was eventually certified platinum by the Recording Industry Association of America, for shipments of at least one million units.

For Thriller 25, an album celebrating Thriller's 25th anniversary, Black Eyed Peas singer will.i.am remixed "The Girl Is Mine". Entitled "The Girl Is Mine 2008", the remix features an original solo demo of the song by Jackson without McCartney. will.i.am added his own vocals and new verse. The song reached number 12 in New Zealand, 22 in France, in the top 50 of Denmark and Sweden, and number 51 in Switzerland.