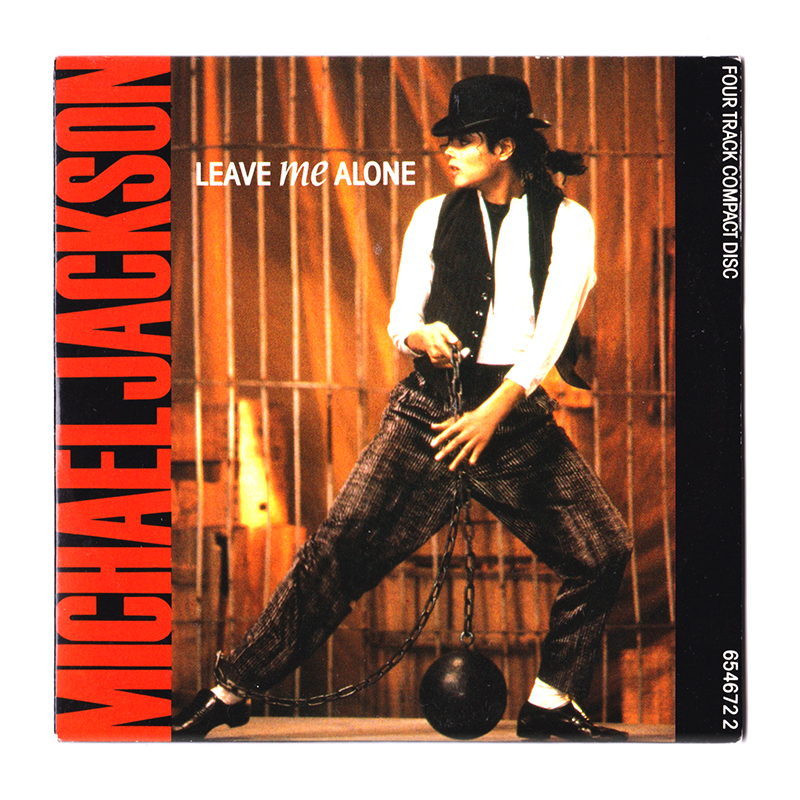 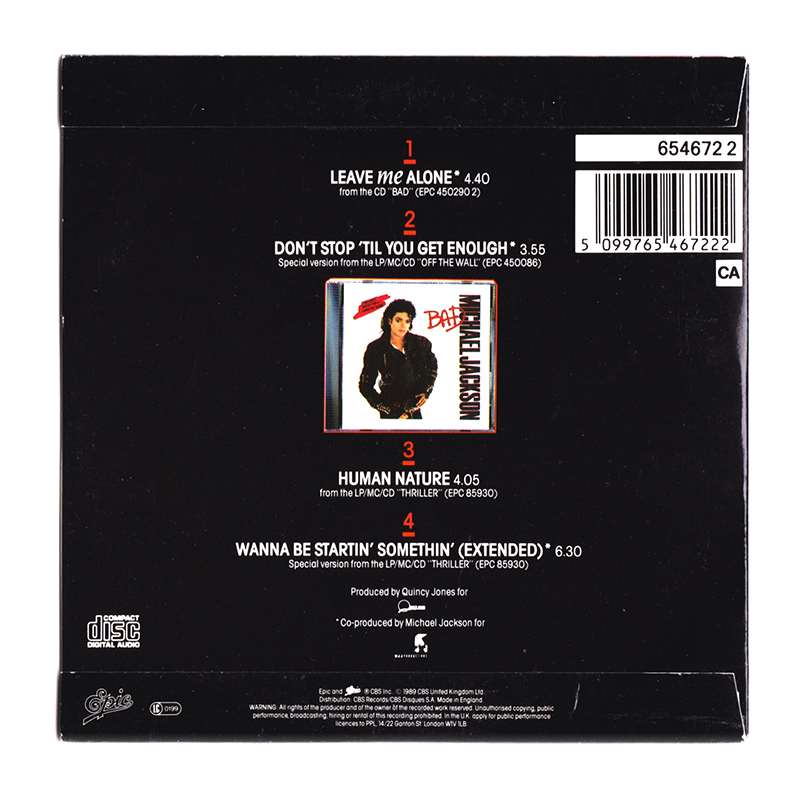 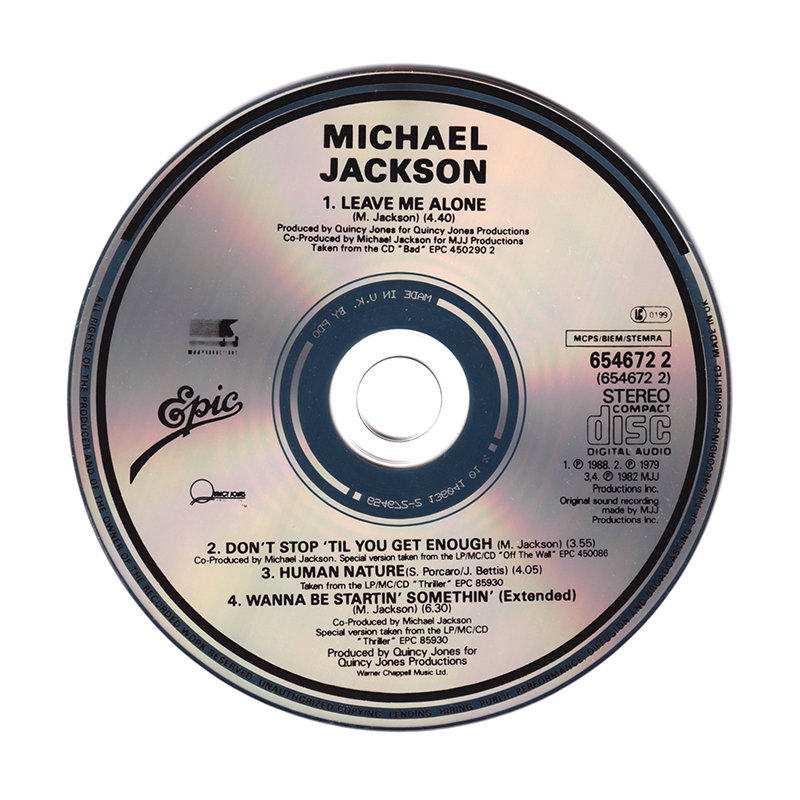 "Leave Me Alone" is from Michael's seventh studio album, Bad (1987). In February 1989, it was released as the eighth single from the album, though only outside the United States and Canada. It was written and composed by Jackson and produced by Jackson and Quincy Jones. "Leave Me Alone" peaked at number one and two in Ireland and the United Kingdom respectively and reached the top ten in Belgium, New Zealand and Spain. In the music video, Jackson pokes fun at the rumors about him. The video was the recipient of a Grammy Award in 1990 for Best Music Video.