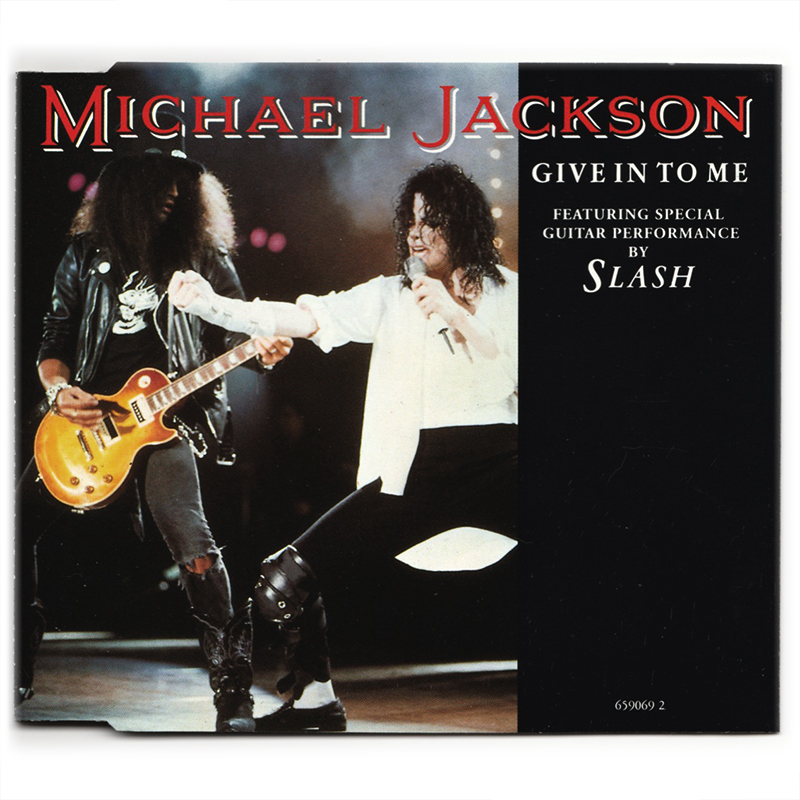 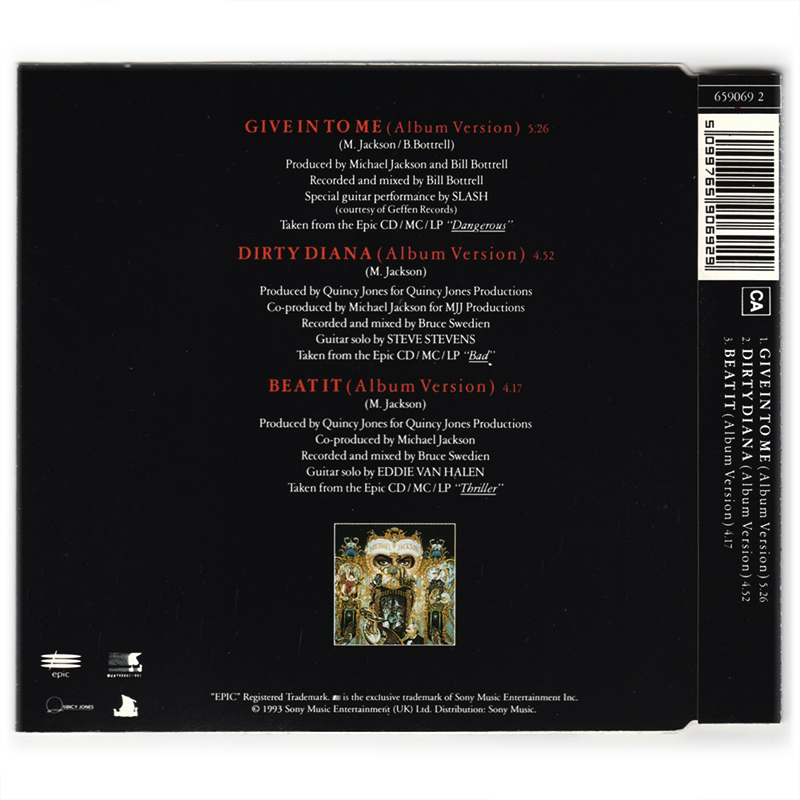 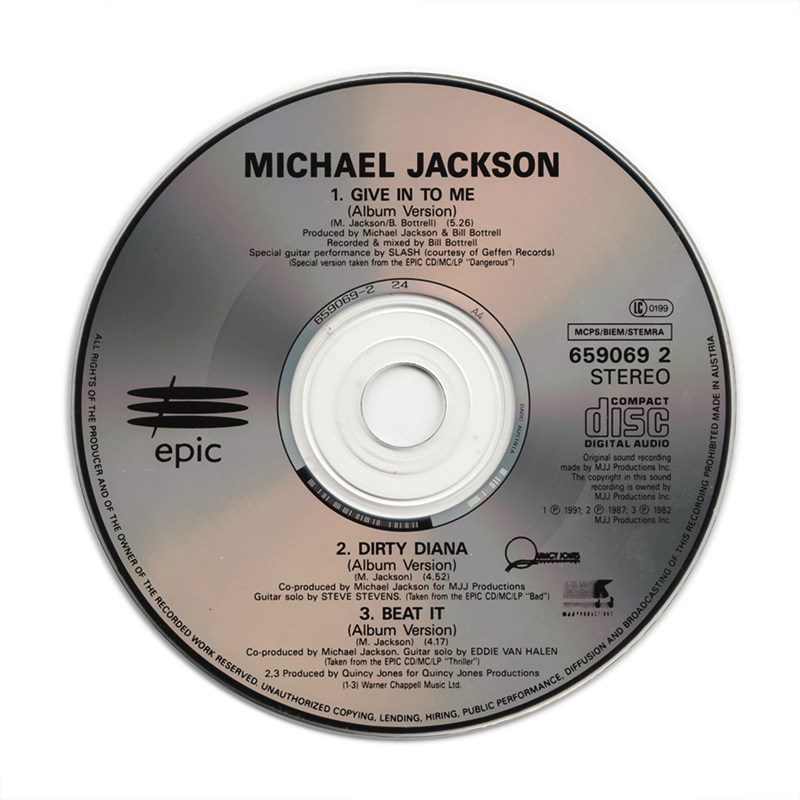 Give In To Me (UK CD single)

"Give In to Me" is the tenth track on Michael Jackson's 1991 studio album, Dangerous. The single peaked at number one in Ireland and in New Zealand for four consecutive weeks, and at number two on the UK Singles Chart. Stylistically, "Give In to Me" is a hard rock ballad that featured Guns N' Roses guitarist Slash, who also had solos on "D.S.", "Morphine" and "Privacy". Some suggest that the song, also considered a heavy metal ballad, has an aggressive sexual flavor. The single was released in Europe, Australia and New Zealand only. The single release's B-sides include the album versions of "Dirty Diana" and "Beat It".