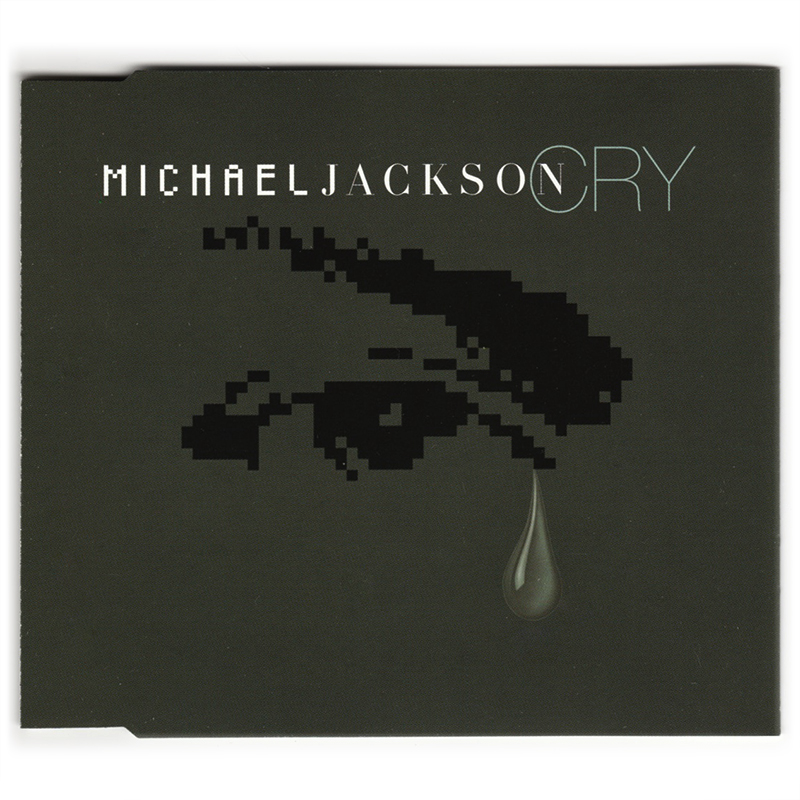 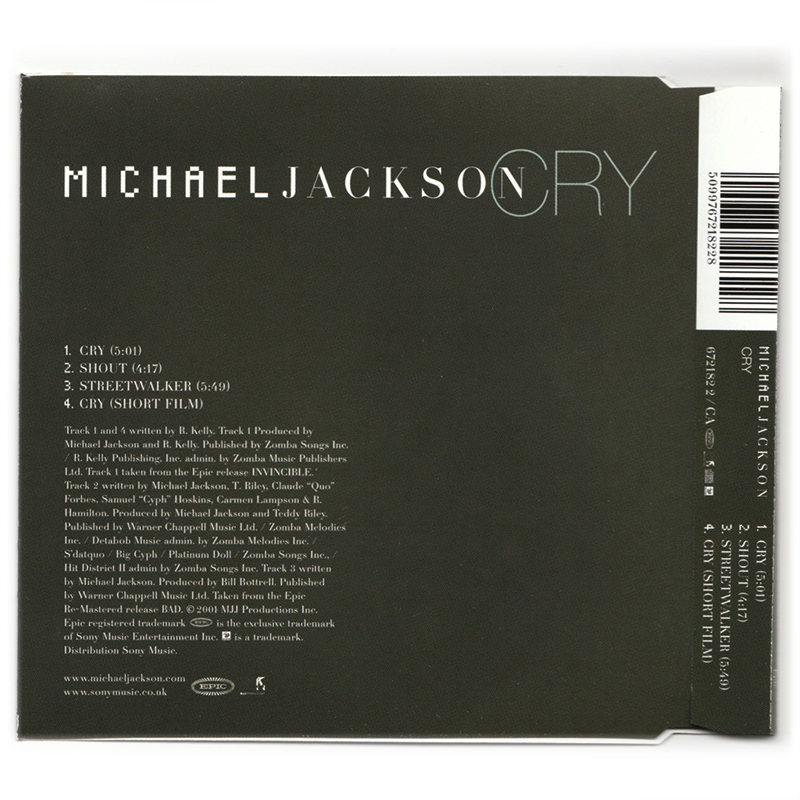 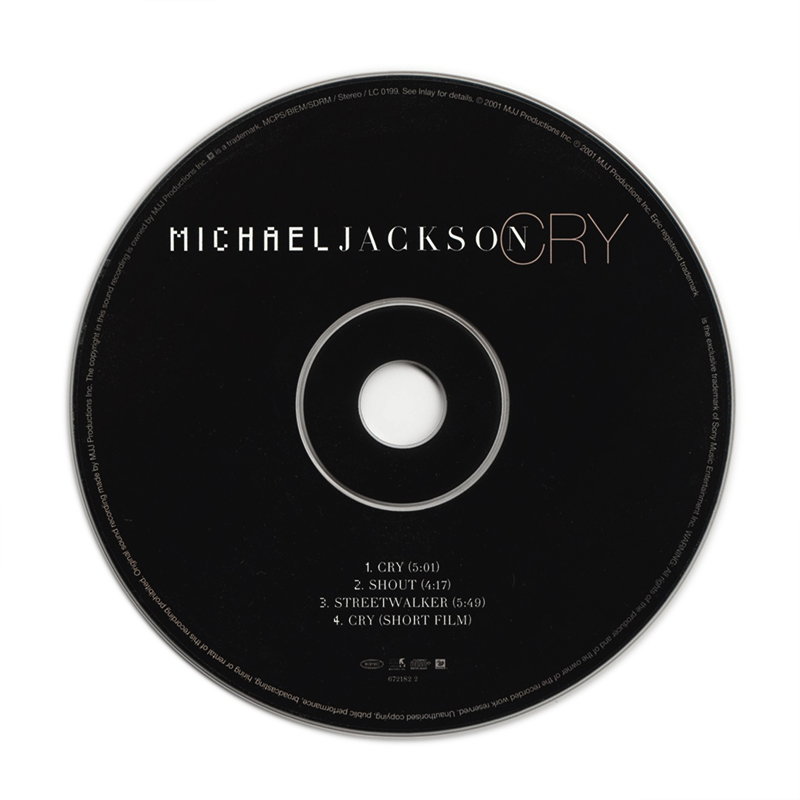 "Cry" was written by R&B singer-songwriter R. Kelly, who had previously written Jackson's 1995 single "You Are Not Alone". "Cry" was produced by Jackson and Kelly. It was released in December 5, 2001 under Epic Records as the second single from Invincible. "Cry" is a R&B ballad, with lyrics that highlight problems with the planet. The lyrics also urge people to unite to make the world a better place. The track, thus, recalls previous Jackson songs that promote peace and environmentalism. The song was released only in Europe with two B-side tracks; "Shout" and "Streetwalker". "Cry" received mixed reviews from music critics. The single had a moderate chart performance internationally, with its highest peak being number sixteen in Denmark, and its least successful charting country being Austria. The track was promoted with a music video, which was filmed by Nicholas Brandt. The video does not feature Jackson but shows people holding hands and standing side by side in a variety of settings, including a beach and a forest.