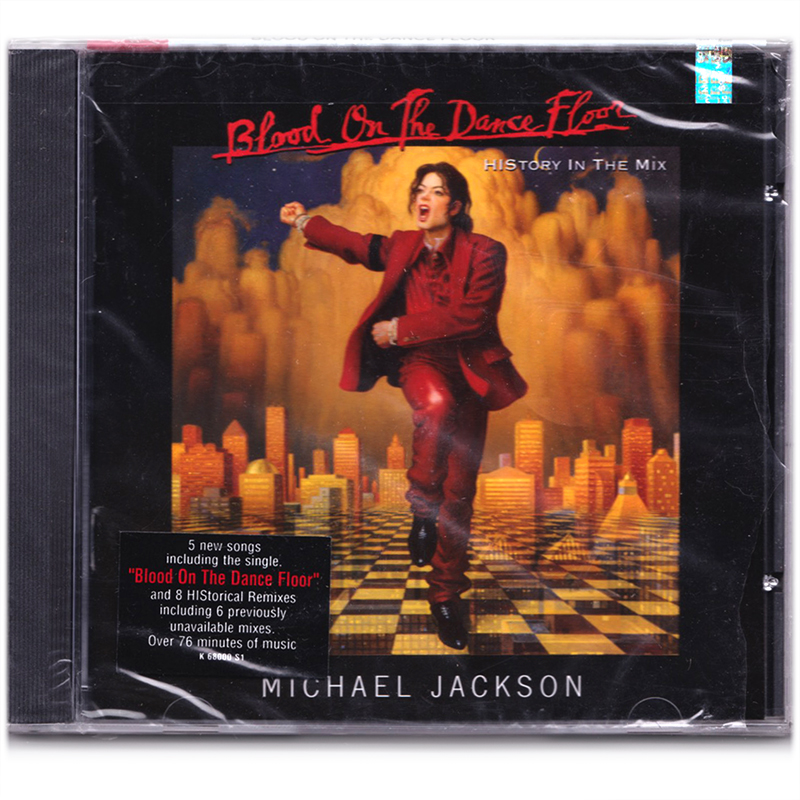 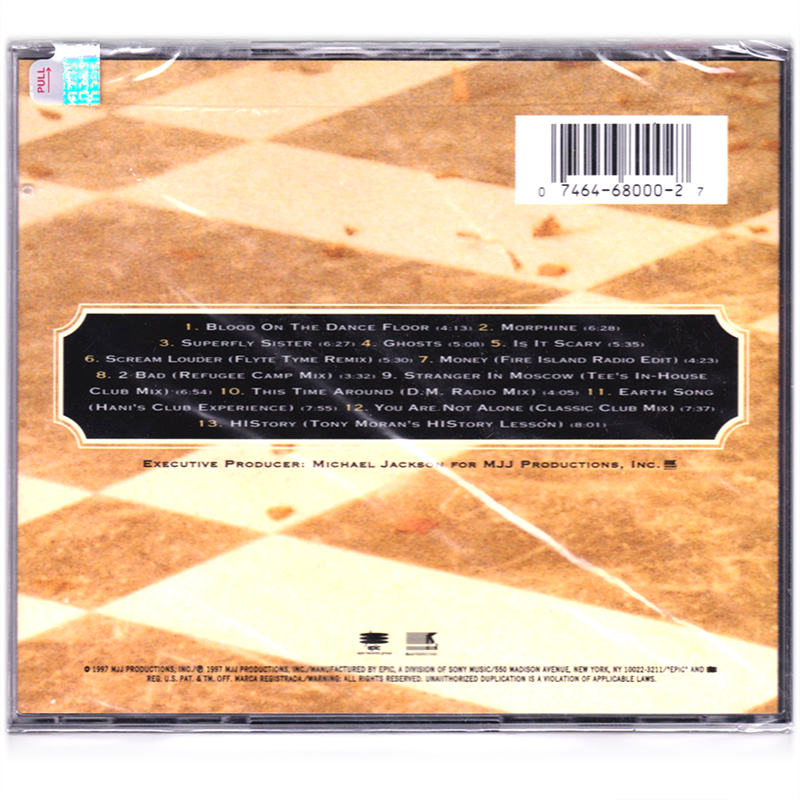 Blood On The Dance Floor (US CD album) - FIRST EDITION

Blood on the Dance Floor: HIStory in the Mix was released on May 20, 1997, by Epic Records, and is the second album released by Jackson's own record label, MJJ Productions. The album is made up of eight remixes from Jackson's previous studio album HIStory: Past, Present and Future, Book I and five new songs. Jackson was heavily involved with the production of the new material while the remixes were produced by other artists. Blood on the Dance Floor: HIStory in the Mix incorporates R&B, pop, industrial, hip hop, house, funk and new jack swing. It concerns themes such as drug addiction, sex, relationships and paranoia. Though Blood on the Dance Floor: HIStory in the Mix received minimal promotion by Jackson's standards, particularly in the United States, a film, two singles ("Blood on the Dance Floor" and "HIStory/Ghosts"), a promotional single and a music video were issued as promotion. Although initial sales in the United States were seen as disappointing for Jackson, the album peaked at number one in France, Belgium, Spain and New Zealand. Reviews at the time of release were largely mixed, with some critics feeling that Jackson had already explored these musical themes and others criticising what they perceived as weak vocals. Other critics were more favorable, noting the album for its incorporation of genres Jackson previously hadn't explored, justifying the use of previous themes but with "brutal honesty". Blood on the Dance Floor: HIStory in the Mix has sold over six million copies worldwide, making it the best selling remix album ever released. It is certified Platinum by the Recording Industry Association of America (RIAA). It is also certified Platinum in 12 other countries.