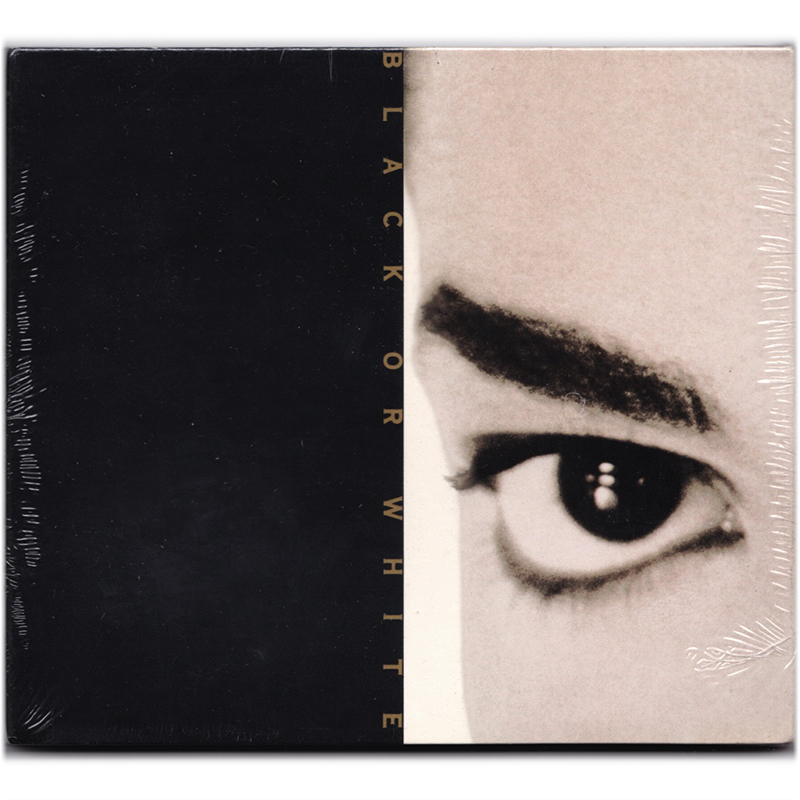 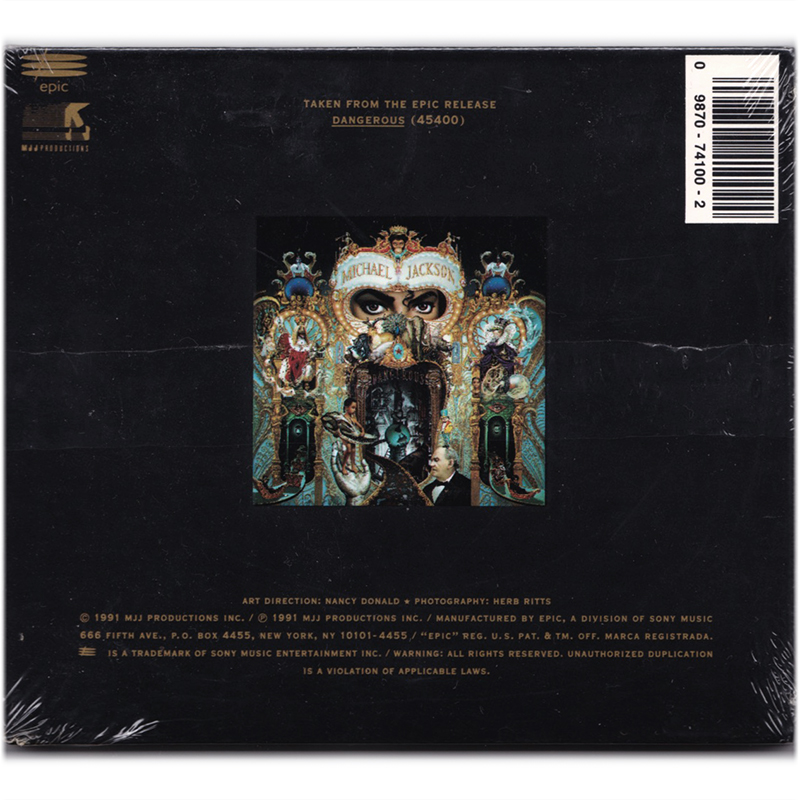 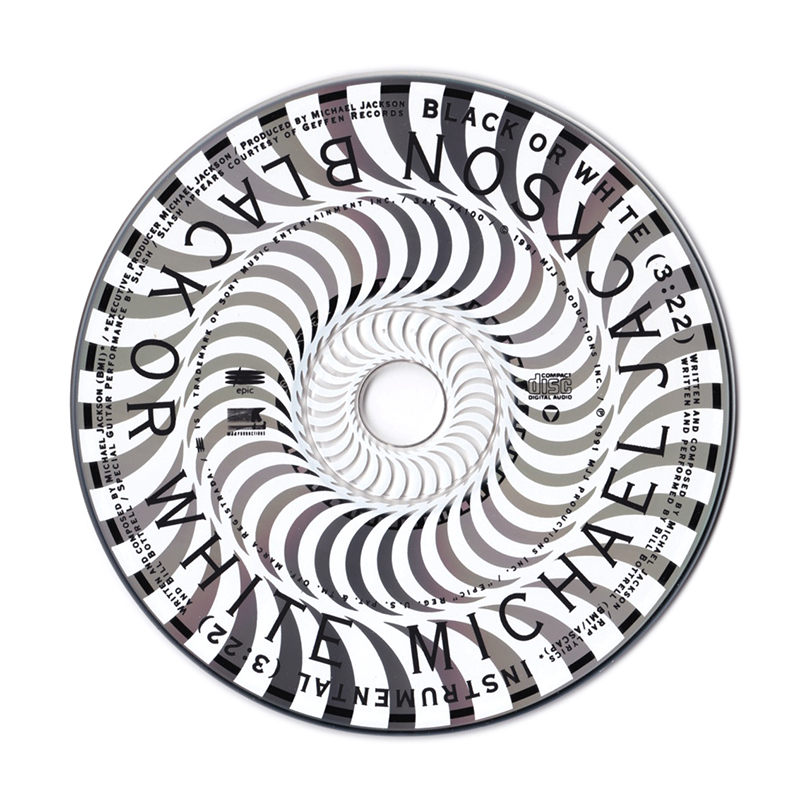 Black or White (US CD single)

"Black or White" was released on November 11, 1991, as the first single from Michael Jackson's eighth studio album, Dangerous. He co-wrote, composed, and produced it with Bill Bottrell. The song has elements of dance, hip hop and hard rock. Epic Records described the song as "a rock 'n' roll dance song about racial harmony". "Black or White" peaked at number one on the Billboard Hot 100 on December 7, 1991, making it the fastest chart topper since The Beatles' "Get Back". It stayed there for a total of seven weeks. Jackson became the first artist to have number one hits in the 1970s, 1980s and 1990s with the song. It is certified 2x Platinum by the Recording Industry Association of America (RIAA). In the UK, the single became the first single by an American to chart at number one since "It's Now or Never" by Elvis Presley in 1960. Around the world, "Black or White" hit number one in 20 countries, including the US, the UK, Canada, Mexico, Cuba, Turkey, Zimbabwe, Australia, New Zealand, Belgium, Denmark, Finland, France, Ireland, Israel, Italy, Norway, Spain, Sweden, Switzerland and the Eurochart Hot 100. It was the best-selling single worldwide of 1992. The music video for "Black or White" premiered on MTV, BET, VH1, and Fox, which gave them their highest Nielsen ratings ever at the time, as well as the BBC's Top of the Pops in the UK on November 14, 1991. The video was directed by John Landis, who previously directed Thriller. It was co-choreographed by Jackson and Vincent Paterson. It premiered simultaneously in 27 countries, with an audience of 500 million viewers, the most ever for a music video. "Black or White" was honored with the first and only Billboard No. 1 World Single.